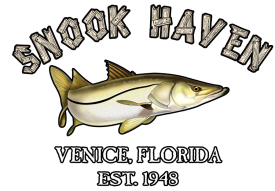 Don’t miss the 9th Annual Myakka River Blues Festival at Snook Haven, located at 5000 East Venice Avenue, in Venice, Florida, on Memorial Day - Monday, May 25th. Rain or shine, the festival will be rockin' along the River from 11 a.m. to 6 p.m.

Snook Haven, sitting smack dab on the Myakka River in a beautifully quaint Old Florida setting, is a perfect venue for this annual festival. Proceeds from the event will benefit Venice Challenger Baseball.

Festival headliner Tommy Z is a contemporary blues artist and radio host from Buffalo, New York. He has been described as a "blues treasure," according to Jim Santella of Buffalo News, and "one of WNY's best kept secrets," said Sarah French of Blues Matters Magazine. He has come a long way from playing in Buffalo's top bars and music venues to performing as an international and domestic festival headliner. He will play from 4:35 to 5:45 p.m. on the Main Stage.

He's a guitar-driven electric blues-based stylist onstage but, in the studio, he composes a variety of music. Educated and experienced in traditional blues, jazz and rock styles, Tommy Z is an artist who puts that soulful blues feeling into all the music he plays. He's been recognized for numerous awards over the years, including winning the Muddy Waters Award for "Artist of the Year" by the Blues Society of Western New York in 2004, being voted a three-time Top Blues Vocalist and  being honored as a whopping seven-time Top Blues Guitarist.

Tommy Z was inducted into the Buffalo Music Hall of Fame in 2007 and recognized alongside some of the best talent to ever come out of Western New York, like Rick James, the Goo Goo Dolls and Billy Sheehan. He's had the opportunity to perform, record and co-write with many of the world's top artists in the blues and rock genre.

Kicking off the day on the Main Stage, Southwest Florida's favorite blues band, Randy Stephens & the Groove, returns to Snook Haven to play on the Swamp Stage. With award-winning guitarist Randy Stephens on vocals and guitar, Carl Grieco on drums and Jessie Stephens on bass guitar, this trio is sure to have you groovin' all afternoon.

Following on the Main Stage, Brazilian crossover artist Artur Menezes, a highly entertaining guitarist, singer and songwriter, combines blues, psychedelic rock, funk and Brazilian rhythms to create his unique voice and sound. A founder of the Casa do Blues (House of Blues) society in Brazil, which exists to fuel interest in and expand access to blues across the country, his music appeals to a younger audience - helping keeping the spirit of blues alive.

On the Swamp Stage, guitarist Trent Souder, harpist Lauren Williams and bassist Phil Pitula unite to create a blues trio called L.C. Williams & the Driver. Based out of St. Petersburg, Florida, LC Williams & the Driver enjoy performing with their driving, electric sound as a full band or a power trio, whichever occasion calls.

Following and playing an eclectic mix of Americana and Blues originals - along with her hilarious, sometimes frightening, tales of her life on the road - Ruth Wyand & the Tribe of One will have you laughing, crying, singing and dancing. As a "one-woman band," she can generate the power of a full band or create the intimacy of a living room concert.

“This is the 9th year of the festival, and we’re beyond excited to bring such a fantastic blues lineup to Venice," Owner and President of Venice Pier Group Justin Pachota said. "Everyone – no matter your age or music preference – will enjoy the show."

"Trust us, you won’t want to miss this event!” Mike Pachota, Owner and Vice President of Venice Pier Group, said. The father-son restaurateur team hosts the event each year in tribute to Snook Haven’s rich history of music and live entertainment.

The lineup for this year’s festival will appeal to all audiences, with styles from the Western New York blues scene, Americana and crossover blues and everything in between:

Tickets are available for purchase online at www.myakkablues.com and will cost $15 in advance or $25 at the door. Guests can also purchase tickets in advance at Snook Haven.

Nestled “smack dab” on the Myakka River in the middle of true ‘ole Florida, Snook Haven’s specialties include in-house smoked meats, homemade BBQ sauces, fresh seafood, an extensive list of local and domestic draft brews and a wild calendar of live entertainment. Snook Haven is located at 5000 East Venice Ave. in Venice, Fla., and can be reached at 941-485-7221. Visit the restaurant’s website at www.snookhaven.com for more information.